More police violence in Istanbul [updated with link to photographs] 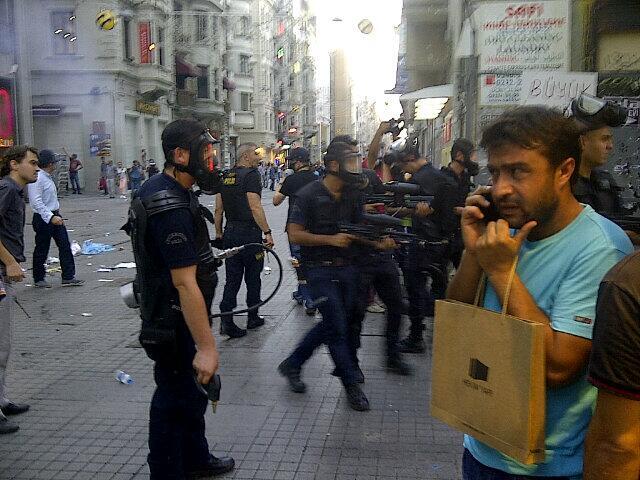 A photo being distributed on Twitter from Taksim today

Taksim Square was again rocked by police violence today, as police used water cannon, tear gas, and, by some accounts, rubber bullets to disperse a crowd who had gathered to protest… police violence.

The protestors had gathered in response to a plea from the family of a teenager, Berkin Elvan, who was gravely injured during the June protests.  According to press accounts, Berkin had simply stepped out to buy bread when he was struck in the head by an “unidentified object” (in some reports, a gas canister, in others, a rubber bullet).  He has been in the hospital ever since and is reportedly still in critical condition.

Update: See here for photographs from our friends at Nar Photos.